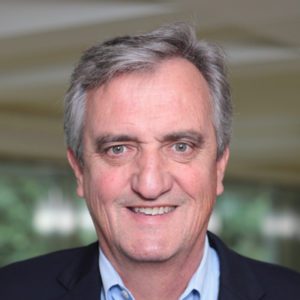 Ken began his commercial real estate career with the Polinger Company in 1988. He then joined Scheer Partners in 1992 and successfully completed commercial real estate transactions for over three million square feet of office, medical, R&D and warehouse space during his tenure. With a primary focus on suburban Maryland, Ken has leased and/or sold over 300,000 square feet of office space each year.

In early 2000, Ken was intimately involved in the opening of the Greenbelt, Maryland, branch office of Scheer Partners, overseeing a staff of seven. Under Ken’s leadership, the Greenbelt office consistently performed beyond expectations in terms of growth and revenue, and was awarded “Small Business of the Year” by the Prince George’s Chamber of Commerce in 2003. In early 2004, Ken was promoted to Executive Vice President. By 2006, Ken had increased the size of the office to 12 people.

In January 2007, Ken along with Robert Pugh and Brent Prossner opened up a new firm, Fellows Commercial Realty Advisors.

Through his experience and excellent interpersonal skills, Ken has developed and maintained long lasting relationships with his clients. His knowledge of the market has enhanced his ability to add value to transactions through professional advice, superior negotiating skills and relentless follow through.