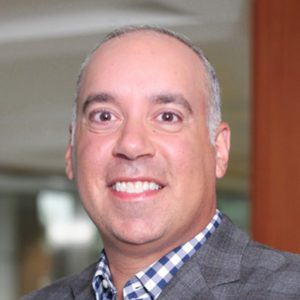 Mr. Katz began his real estate career in February 1999, first as a research manager for CBRE’s Suburban Washington offices, then as an industrial specialist in the Washington, D.C. office, focusing on the Suburban Maryland market.

From July 2004 until August 2007, Mr. Katz worked at Scheer Partners, a regional real estate brokerage, consulting and investment firm. While there, he helped Scheer Partners, a Maryland-based company, become one of the pre-eminent service providers in Northern Virginia.

In September 2007, Mr. Katz joined Jones Lang LaSalle as the company’s first ever professional focused solely on industrial services in the Washington Metro area. Soon thereafter, Mr. Katz joined the Supply Chain and Logistics Solutions Practice, which helps its clients take a more strategic approach to real estate decision-making by looking at all of the components of a company’s supply chain.

During his tenure at JLL, Mr. Katz and his team were responsible for the marketing of approximately four million square feet of industrial and flex space in aggregate throughout the Greater Washington region, and for managing real estate procurement projects for his own clients and numerous JLL corporate partners. Mr. Katz also led the effort to integrate the professionals servicing the Baltimore, MD, Washington, DC, Richmond, VA and Hampton Roads, VA regions into the Mid-Atlantic Industrial Service practice, which led to new client engagements for all four offices, and the streamlining of the Practice’s marketing, branding and research.

Mr. Katz joined Edge Commercial in December 2012, with a focus on expanding the firm’s service offerings to the owners and occupiers of industrial properties. He is responsible for the leasing and sale of warehousing, distribution, manufacturing and flex/R&D property on behalf of both investors and occupants. Since coming to Edge, Mr. Katz has completed transactions with local, national and global companies and property owners using the same dedication and commitment to excellence that he has developed during his now 17 – year career. He has also branched out to work with all of his Edge colleagues in procuring new business opportunities and is applying his experience in advising corporate occupiers of all types around the Washington Metro area. Mr. Katz’s specific area of expertise is in Suburban Washington, but he has been involved in projects throughout the mid-Atlantic, including the Baltimore, Fredericksburg, Richmond, Shenandoah Valley and Hampton Roads areas.