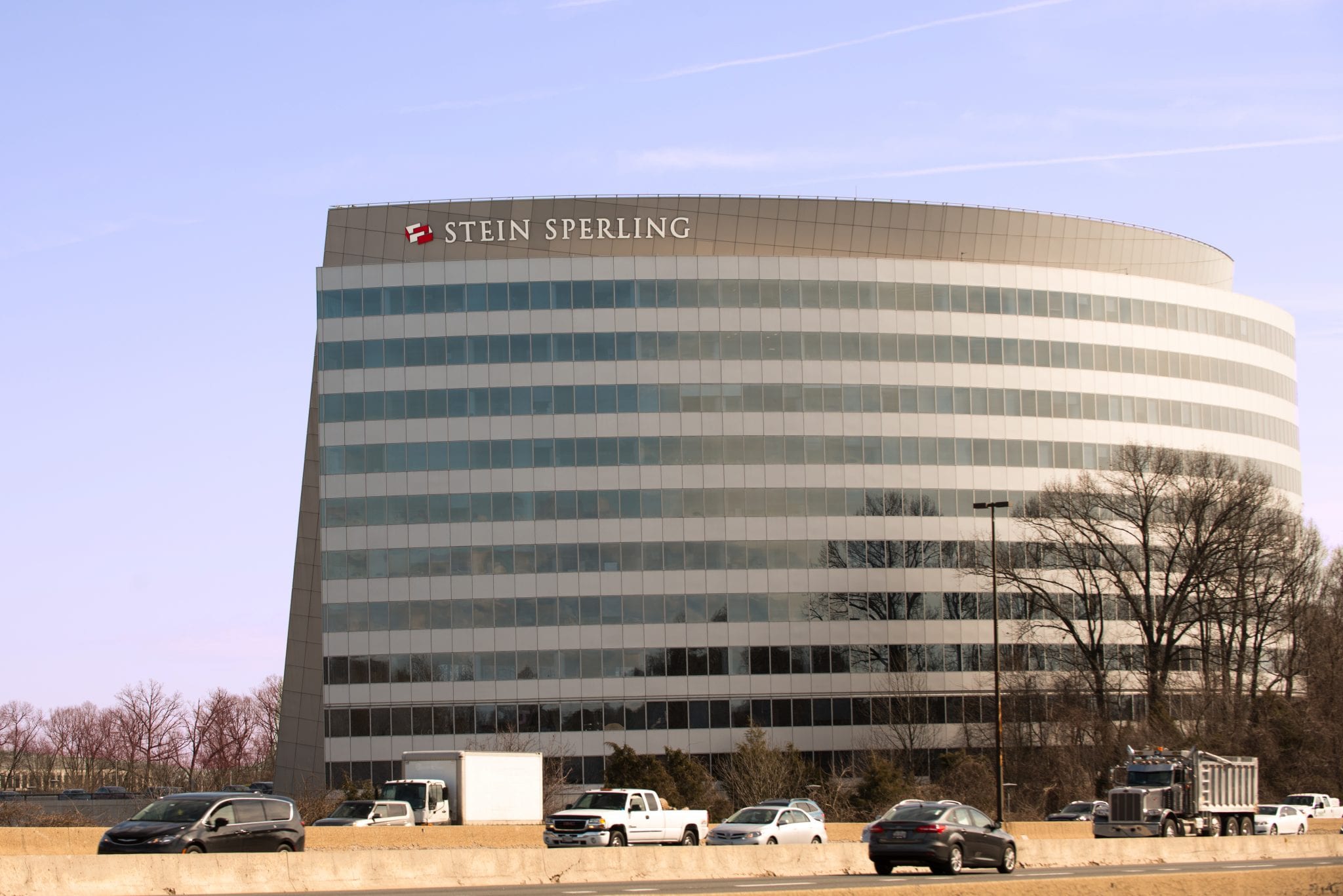 The D.C. region’s law firms traditionally congregate downtown, but one firm is establishing a new headquarters in the suburbs.

The firm will move into 1101 Wootton Parkway, a futuristic-looking office building owned by The Tower Cos., branded as the Tower Building. Stein Sperling plans to relocate in Q3 2020.

With the headquarters move, Stein Sperling will vacate its five existing Rockville offices. The five offices totaling 28K SF are at 11 North Washington St., 110 North Washington St., 24 Wood Lane, 23 West Middle Lane and 25 West Middle Lane, its current main office. The firm has additional offices in Annapolis, Frederick, Langley Park, Wheaton and Falls Church, all of which it will maintain following the move.

The 12-story, 290K SF office building is now 86% leased. It is part of The Tower Cos.’ Tower Oaks mixed-use project, planned for over 2.5M SF of development. Sitting just off Interstate270, the building is within 2 miles of multiple Montgomery County courthouses, a factor Balamaci said played into the firm’s decision.

“The Tower Building was the logical landing spot for the firm given its close proximity to the courthouse, coupled with the high-profile nature of the building that matches the professionalism and nature of Stein Sperling,” Balamaci said in a release.